This walkthrough and accompanying Annotated Study Edition was kindly commissioned for the Online Academy by Rachel Woodhouse.

Chopin wrote the Nocturne in C-sharp minor, op. posth. in 1830, but it was only published in 1870. He dedicated the work to his sister, Ludwika “as an exercise before beginning the study of my second Concerto". Indeed, there are interesting parallels with some of the themes between the Nocturne and the Concerto no. 2 in F minor, op 21, and getting to know the concerto will certainly enhance your appreciation of this beautiful Nocturne. In the middle section, there is even a quote from Chopin’s own song, The Maiden’s Wish (from Polish Songs, op. 74): 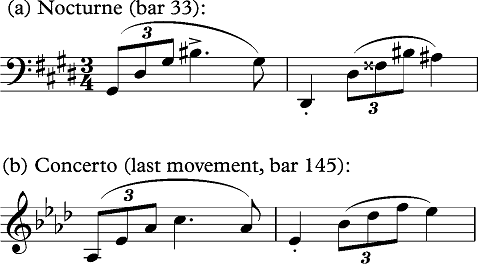 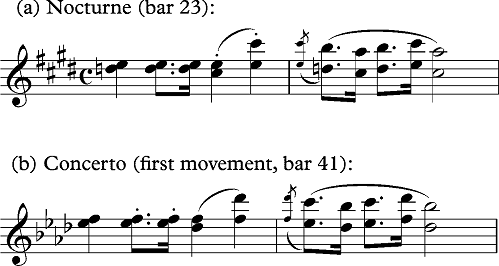 In bar 42 of the Nocturne, at the adagio, I am immediately reminded of the piano’s closing bars in the second movement of the Concerto - the only difference is the enharmonic spelling (Ab/G# major harmony); the note pattern is the same in both: 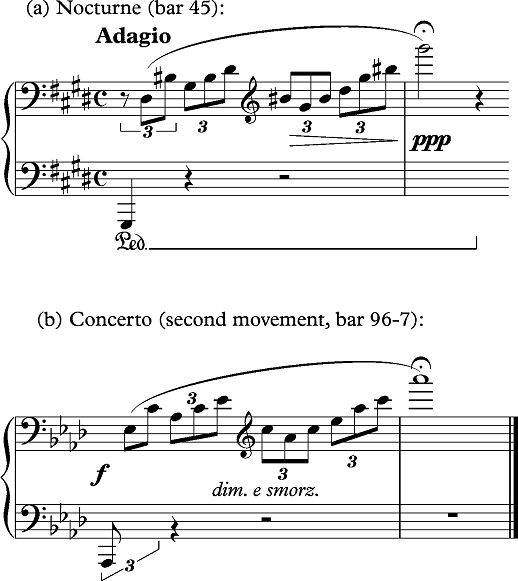 So, what is so special about this, surely it’s just a broken chord? To me, this broken chord, effectively a moment of repose in the Nocturne before the A section returns, celebrates the different registers of the piano, from deep, resonant bass to bright top treble with all the rainbow colours in between – all blended together in one long pedal. We need to lay out this chord with attention to sonority, colour and timing, with an appreciation that we can make this event a thing of real beauty. After all, the broken chord which occurs at the end of the second movement of the Concerto is the composer’s final word on the inspiration behind the movement - an evocation of Chopin's distant idolisation of Constantia Gladowska. We feel the love in every note!

Our Nocturne has yet more history attached to it from the 20th century. There is a famous story that pianist Natalia Karp’s life was spared as a direct result of playing it to the commandant of the Plaszow concentration camp in Poland, to which she was sent when he summoned her to give some musical entertainment for his birthday. When she had finished her performance, Amon Goeth, the commandant, declared that she should live.

The work is also featured in Roman Polanski’s film The Pianist. In 1939 when Nazi Germany invaded Warsaw at the start of World War II, the last piece of music to be broadcast on Polish radio was this Nocturne, played by a Polish Jew named by Władysław Szpilman. He managed to escape death with the help of some of his countrymen and also a German captain who promised to help him, giving him food and advice on where to hide and how to escape the danger. In return, he played for the captain on a piano they found in the dilapidated building where he was hiding.

Lento con gran espressione tells us to play slowly and with great expression. The time signature is four in a bar (common time), and the key C-sharp minor. The shape of the piece is ternary (ABA) with a four-bar introduction and a coda. The introduction is made up of a two-bar phrase that is repeated; it sets the mood of the piece, which to me is one of sadness and resignation. The main theme is a simple melody line supported by broken chords but with all great music describing it in such words seems to miss the point entirely, and no analysis can ever do justice to the feelings this opening evokes and the atmosphere it creates. The phrase structure of the first section of the Nocturne is quite simple: not counting the introduction, there are four phrases, each four bars in length, the design of which can described as “A, B, A*, C” (the A* phrase is a variation or an elaboration on the original A phrase, bars 5 – 8). Whereas at the end of the first phrase Chopin gives us an interrupted cadence, in bar 16 he arrives in the key of F-sharp minor. The modulation is made more definite by the introduction of the B natural in the LH of bar 15 (the dominant 7th).

The middle section starts in bar 21 and consists of two main ideas. The first, in A major, reminds us of the opening of the last movement of the 2nd Concerto (as we have seen);

The second idea, from bar 34, is dance-like, and (even though not marked in the score) needs a new (quicker) tempo. The A section returns in bar 47, and the coda is from bar 58.

The Nocturne was probably written shortly after his arrival in Vienna, before Chopin received news of the outbreak of the November Rising. It came to light in 1875, thanks to Marceli Antoni Szulc, who had it published as an Adagio. It was subsequently given various titles. Editions are based on the handwritten copy, which was owned by Chopin‘s sister Ludwika. The other is a noticeably different version found in Chopin’s original draft, now preserved in the Chopin Museum in Valldemosa (Mallorca). This explains why there are discrepancies between the various editions available.

Click here for my Annotated Study edition of the score.

Many musicians find it helpful to create a storyline or a visual aspect to the music that can be held in the imagination during performance. Practising tends to be a more left-brain (analytic) process, and performance is more to do with communication feelings and emotions. Building right-brain activities (such as feelings, colours, moods, stories and pictures, and so on) into the preparation not only helps you engage with the spirit of the music while performing, it also communicates directly to the listener. Some players like to build a storyboard (hard copy or digital) using words and images; others might visualise a movie playing on an imaginary screen, the music as background. The more vivid and detailed you can make this, the better!

I do not intend giving you a specific storyline, but you might use the following questions as a template to make your own: