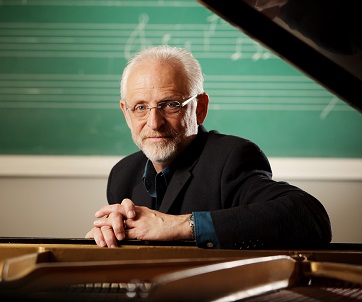 Born and raised in New York City, William Westney was the top piano prizewinner of the Geneva International Competition, and he appeared thereafter as soloist with such major orchestras as l'Orchestre de la Suisse Romande and the Houston, San Antonio and New Haven Symphonies. Westney holds a Doctorate in performance from Yale University with highest honours. He has given solo recitals on four continents, including appearances at New York's Lincoln Center, the National Gallery and Phillips Collection in Washington, D.C., St. John's Smith Square in London, University of Chile (Santiago), and a U.S. State Department tour of Italy. His playing has been described by reviewers as “riveting” (N.Y. Post) and “refreshing” (Straits Times, Singapore). Critics have praised his recordings for CRI and Musical Heritage Society, and Newsweek magazine selected his CRI album of Leo Ornstein's works as one of its "Ten Best American Music Recordings" of the year.

An internationally noted educator, William Westney has received many university teaching awards as well as the prestigious Frances Clark Keyboard Pedagogy Award from Music Teachers National Association. He taught throughout Korea and China in 2006 under a U.S. “Fulbright” grant. As an interdisciplinary scholar, he was appointed Hans Christian Andersen Guest Professor at the University of Southern Denmark (Odense) and appeared throughout the Nordic area during the 2009-10 academic year, giving recitals in the U.K., Denmark, Iceland, Finland and Norway. His interdisciplinary research emanating from that time has appeared in such prestigious journals as Brain and Cognition.

Schirmer Performance Editions released Dr. Westney's edition, and CD recording, of piano etudes by Stephen Heller in 2005, by Burgmüller in 2009, and a volume of Lyric Pieces by Edvard Grieg in 2013. His first book, The Perfect Wrong Note, was published by Amadeus Press in 2003 to critical acclaim. An international bestseller (over 40,000 copies), and recently released in a Japanese-language edition, it is a “well-thought-out approach to music instruction to which many aspire, but which few attain” according to the Library Journal, and American Record Guide described it as “refreshing and rewarding.”

In this two-part video lecture, William Westney re-thinks warm-ups and demonstrates an effortless process that takes only a few minutes to ensure successful daily practice.... Read >>

In this video, William Westney demonstrates a remarkably easy technique for mind and body to truly “digest” (and remember) what we’ve practised.... Read >>

A Wellness Philosophy and Practice

In these excerpts from his presentation at NCKP 2021, William Westney shows that whether we are concert performers or beginners, we can all luxuriate in free-flowing, generous, comfortable, unfettered, and unforced movements that “feel great” at the piano.... Read >>

The Body - Wiser than the Mind?

When we make music we experience fascinating integration of body and mind. As essential as it is to master certain well-defined skills (just as athletes do) there can also be moments when we manage to "get out of our own way" – and everything seems to fall into place beautifully.... Read >>